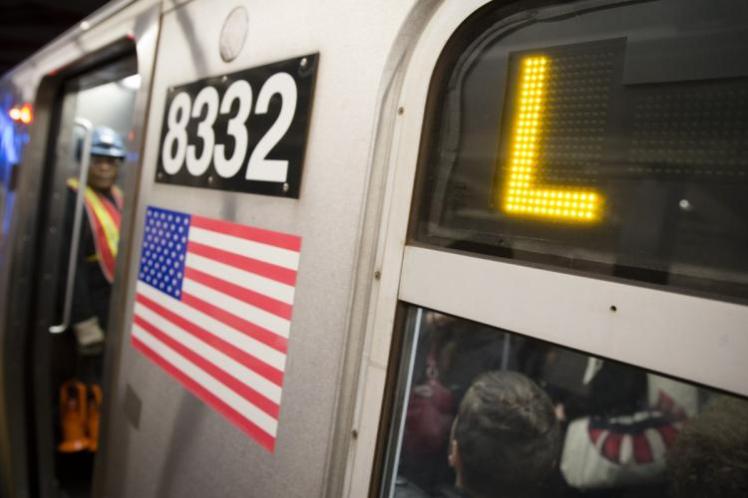 The plan favored by most commuters in a Riders Alliance study means no L trains between Brooklyn and Manhattan for a year and a half. (JOHN MINCHILLO/AP)

Support is growing for the full 18-month shutdown of the L train’s East River tunnel. The Riders Alliance, a grassroots transit group, released a survey Tuesday showing that 77% of the 350 L train riders polled wanted the Metropolitan Transportation Authority to entirely close the Canarsie tunnel and get the work done as fast as possible.

“It’s totally true that the L train shutdown will be a tremendous inconvenience for New Yorkers across the city,” Nick Sifuentes, deputy director of the Riders Alliance, said outside the Union Square stop. “But if the MTA does its work correctly, it could leave commuters with a host of robust alternatives that will serve them well during the shutdown and hopefully beyond, too.”

Manhattan Borough President Gale Brewer also backed the short-term repair plan after a meeting with MTA and other elected officials.

“You do get a sense (that) you would be extremely slow getting to work over the longer time period,” Brewer said. “We’d rather just get it done faster.”

Under the 18-month plan, there would be no Manhattan service or trains running in and out of Brooklyn. The three-year option would allow the MTA to keep a set of tracks open during repairs to get the L train between Manhattan and Brooklyn, but with only 20% of normal service.

MTA officials have said it’ll collect feedback from communities near the L line and choose a plan this summer.

With a full shutdown of the L train’s Canarsie tunnel, the MTA and city Department of Transportation are sketching out travel alternatives, including a boost in service on nearby train lines, shuttle buses and a new ferry route.

Drivers may be barred from key roads like 14th St. or over the Williamsburg Bridge to accommodate extra buses under plans transportation officials are considering.