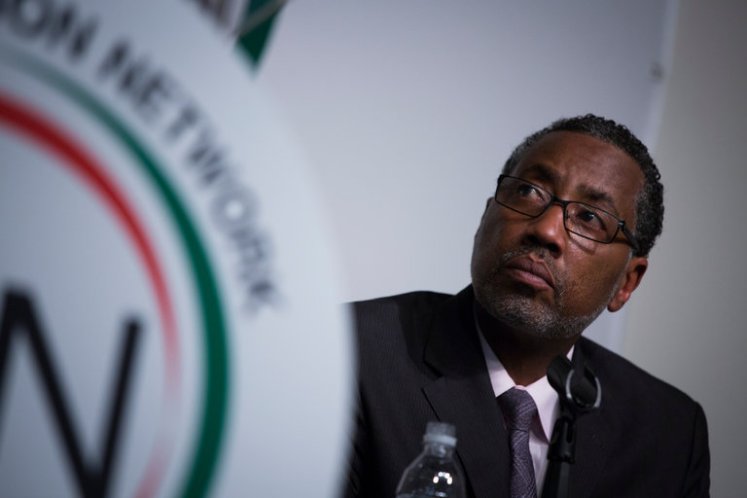 The powerful leader of the union that represents New York City correction officers, whose alliances with mayors and governors have afforded him broad influence, was arrested on federal fraud charges on Wednesday, according to court papers.The charges against the union leader, Norman Seabrook, and a second defendant, Murray Huberfeld, a hedge-fund financier, represent the first major criminal case linked to one of several corruption investigations that are focused on the campaign fund-raising of Mayor Bill de Blasio, a Democrat.

The criminal complaint charging the two men also contains what could be a significant development: A central target in one of the fund-raising inquiries, Jona S. Rechnitz, is cooperating with the government in the case.

Mr. Rechnitz has pleaded guilty to fraud conspiracy charges in connection with the case and is “providing information to the government in the hopes of obtaining leniency when he is sentenced,” according to the complaint, which strongly suggests that he could also serve as an important witness in connection with at least one of the fund-raising matters.

Mr. Seabrook, the president of the 9,000-member Correction Officers’ Benevolent Association for more than two decades, was taken into custody at his Bronx home around 6 a.m. by agents from the Federal Bureau of Investigation, officials said. Mr. Huberfeld, the founder of Centurion Credit Management, which was later subsumed by the top-performing fund Platinum Partners, was taken into custody at his home around the same time.

Mr. Seabrook, who favors finely tailored suits and cigars and is chauffeured around the city in black S.U.V.s, has come to exert extraordinary control over the Correction Department, all while withstanding various lawsuits by current and former union employees containing allegations including corruption and sexual harassment.

The charges, brought by prosecutors in the office of Preet Bharara, the United States attorney for the Southern District of New York, involve Mr. Seabrook’s investment of $20 million from his union and its annuity fund in Platinum Partners through Mr. Huberfeld, and Mr. Huberfeld’s payment of a kickback to the union leader, according to the criminal complaint unsealed on Wednesday morning.

According to the 17-page complaint, sworn out by Special Agent Blaire Toleman of the F.B.I., Mr. Huberfeld, through Mr. Rechnitz, paid an initial kickback to Mr. Seabrook of $60,000, the complaint said, noting that “ultimately Huberfeld agreed to pay Seabrook bribes that were expected to total hundreds of thousands of dollars.”

Mr. Rechnitz delivered the payoff to the union leader in an $820 Ferragamo bag bought specifically for that purpose. He laid out the cash, according to the complaint, and was repaid by Platinum through a scheme that disguised the reimbursement as payment for Knicks tickets — two $3,750 seats at eight games.

The complaint also details a series of trips to the Dominican Republic, Israel and elsewhere that Mr. Seabrook took with Mr. Rechnitz, a top police official, and another businessman, Jeremiah Reichberg, who participated in the scheme but has not been charged; Mr. Reichberg is identified in the complaint as Co-Conspirator 1. All were paid for by Mr. Rechnitz.

Mr. Bharara and Diego Rodriguez, the assistant F.B.I. director who heads the bureau’s New York office, announced the charges at a news conference. Mr. Seabrook and Mr. Huberfeld were expected to appear in federal court in Manhattan later in the day.

A lawyer for Mr. Seabrook, Paul L. Shechtman, said: “Norman Seabrook has spent his life fighting for correction officers. One should not expect him to stop fighting now.” Mr. Huberfeld’s lawyer could not be immediately reached for comment.

The relationship between the mayor and Mr. Seabrook has been close in the past. At a 2014 fund-raiser for a union charity, Mr. de Blasio referred to Mr. Seabrook as a “friend” and a “great leader.” But Mr. Seabrook has also been one of the fiercest critics of the mayor’s reform efforts at the Rikers Island jail complex.

Monica Klein, a spokeswoman for the mayor, said in a statement that Mr. Seabrook, a city correction officer, would be suspended from duty, according to the agency’s policy regarding officers charged with felonies.

The accusations in the complaint do not involve Mr. de Blasio and are not related to any of the possible improprieties that are under scrutiny in more than half a dozen inquiries swirling around the mayor and his aides. However, the role in the case of Mr. Rechnitz, a donor who has given more than $150,000 to causes supported by the mayor, is notable, and the complaint says he has undergone “extensive debriefings.” He served as an intermediary, introducing Mr. Seabrook to Mr. Huberfeld to facilitate the union’s investment in Platinum Partners.

A lawyer for Mr. Rechnitz, Alan Levine, declined to comment.

The government’s interest in Mr. Seabrook and his relationship with Platinum Partners goes back roughly two years and was reported by The New York Times last June.

William Valentin, a correction officer who was forced off the executive board when he mounted a challenge for the union presidency, alleged in a lawsuit that Mr. Seabrook had invested millions of dollars in the hedge fund without consulting the board.

Mr. Seabrook acknowledged some of the investment in an affidavit for a lawsuit but declined to identify the fund and gave contradictory statements about how much the union earned from it. At one point, he said the return was $475,000 in three months; the union’s audited financial statements, however, listed a $47,529 return.

In fact, the complaint says that the union’s annuity fund adviser and lawyers conducted due diligence and expressed some concerns about Platinum. Mr. Seabrook went forward anyway, and other board members deferred to him.

Mr. Huberfeld was convicted of fraud in 1993 for arranging for another party to take a brokerage licensing exam under his name. He was fined $5,000 and sentenced to two years of probation. In a separate case, in 1998, Mr. Huberfeld and a partner paid $4.6 million to settle a civil action brought by the Securities and Exchange Commission that alleged bank fraud.

Mr. Rechnitz’s involvement was reported in April by The Wall Street Journal.

Mr. de Blasio, when asked on Wednesday about Mr. Rechnitz, said, “I wish I never met the guy.” The mayor said that while the accusations against Mr. Seabrook had yet to be proved, it would be “disgusting” if he had stolen money from the workers he was charged with representing.

“It’s a tough morning” he added, speaking of the dedicated correction officers watching their union head arrested. He said the arrest, and suspension, of Mr. Seabrook would not have any effect on Rikers reform efforts.

Mr. Seabrook grew up poor in the Bronx, one of eight children, and got into trouble early in life. He was sent to an upstate juvenile center for a time, but turned his life around, becoming one of the most influential power brokers in the city. Of the inmates at Rikers, many of whom came up in similar circumstances, he was fond of saying, “There but for the grace of God go I.”