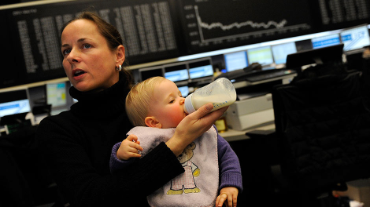 There are plenty of statistics tracking the percentage of women in the workforce, their qualifications and their salaries. But the data doesn’t show us the whole picture. It doesn’t assess how women feel, how they fare in their day-to-day business, the challenges they encounter. And that is why the Thomson Reuters Foundation, with support from the Rockefeller Foundation, embarked on a global task, asking more than 9,500 women across the G20 to identify the top five issues faced at work.

The findings are compelling; according to the research, the issues that concern women the most are:

The global report reveals that four in every 10 women see the gender pay gap as a key issue, with women in seven nations listing this discrepancy as their major concern. 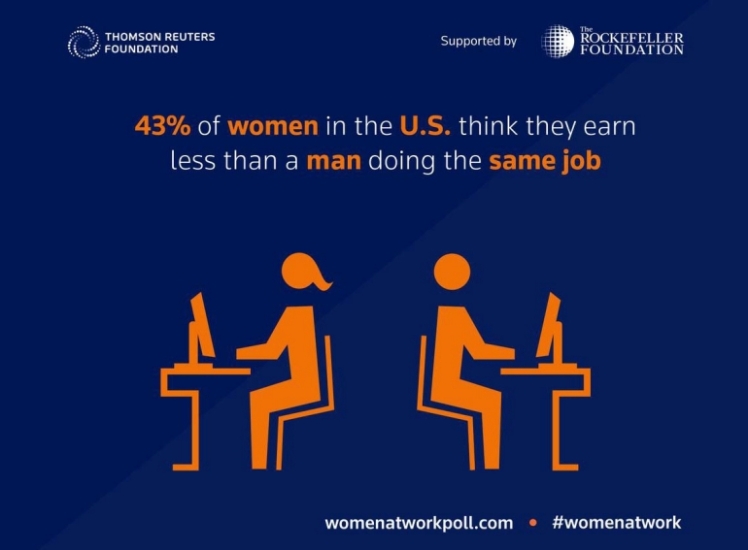 Interestingly, France, Germany and the United States lead the table despite recent World Economic Forum data indicating these economies have, in fact, some of the narrowest pay gaps among G20 nations. Women in Britain, Australia, Brazil, and Canada also ranked the gender pay gap as their biggest workplace worry, while in China women expressed the least concern.

Harassment in the workplace also emerges as one of the five top critical issues. Nearly one third of women interviewed admit to having experienced harassment, although more than 60% do not report it. Indian women are the most likely to speak up (53%), a clear change of attitude since the fatal attack of a female student on a bus in Delhi in 2012.

Almost half of the women polled are optimistic about the prospects of having a child and a career. Women in emerging countries led by Brazil – where maternity laws are generous and family ties are close – are the most confident. By contrast, women in some of the richest countries – Germany, the UK and France – are least confident and feel having a family might wreck their careers.

Finally, the poll uncovers some generational trends. Millennials, or women under the age of 30, are more optimistic. “The situation is much better today than it was 35 years ago,” noted Monique, “but we really should look at the facts on the ground now and then ask the same questions in ten years from now.”