In 2012 the MTA was offering us an 8% raise… When Samuelsen ran to Gov. Cuomo in 2014 to get us a contract, we got that same 8% that always been on the table… Which means local 100 members lost a significant amount of money and ultimately received 2 ZEROS because of Samuelsen being self serving.

He didn’t think about the livelihood of transit workers when he made his decision to stall.

He didn’t want to deliver us a bad contract and affect his chances of getting voted into the International, but he did all this at the expense of the very same members he supposed to represent.

Anita Miller, the MTA lead negotiator was more than willing to sit down with John Samuelsen, but he was a no show. 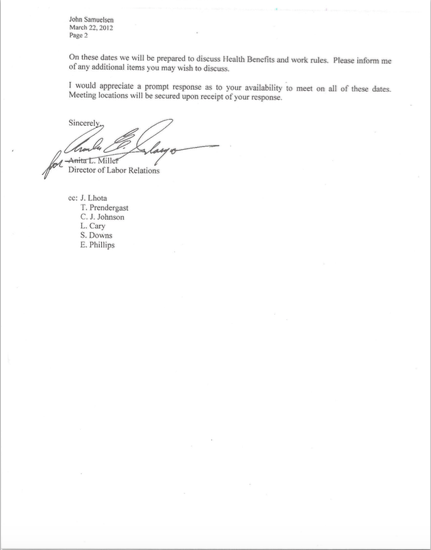 CHECK OUT OUR LATEST SHOW WITH LATISHA DIPAOLA