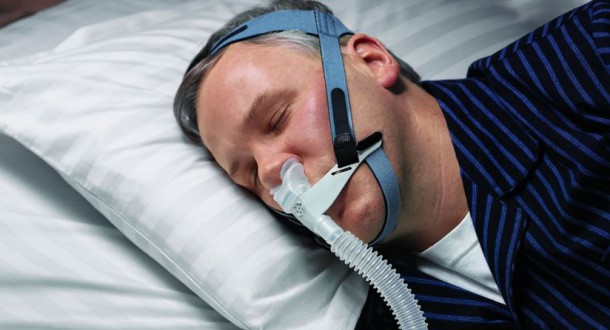 Ready to get your Medical Card updated?  Feeling healthy, and you cruised through your last exam? What’s to worry about?  Plenty.

If your neck is bigger than 17 inches, or your BMI is 35 or greater, there might be a medical “out of service” in your future.  So let’s see how this can happen, what you need to worry about, and then in conclusion, what you can do to prevent an out of service.  Remember over 40% of drivers will meet one of these “criteria”.

WHO CARES ABOUT MY NECK SIZE?

According to the National Institute of Health;

Sleep apnea (AP-ne-ah) is a common disorder in which you have one or more pauses in breathing or shallow breaths while you sleep.

Breathing pauses can last from a few seconds to minutes. They may occur 30 times or more an hour. Typically, normal breathing then starts again, sometimes with a loud snort or choking sound.

Sleep apnea usually is a chronic (ongoing) condition that disrupts your sleep. When your breathing pauses or becomes shallow, you’ll often move out of deep sleep and into light sleep.

As a result, the quality of your sleep is poor, which makes you tired during the day. Sleep apnea is a leading cause of excessive daytime sleepiness.

This last part is most important, to reiterate, “sleep apnea often goes undiagnosed“.  Thus, the DOT is trying to find a way to flag CDL drivers who “might” have sleep apnea for further screening.  This is where neck size and the Body Mass Index (BMI) come into play.

So as you will see, DOT is trying to screen CDL drivers by requiring doctors doing medical certifications to flag anyone with a large neck or high BMI for further testing of sleep apnea.

According to The Medical Examiner’s Handbook produced by the FMCSA:

Treatments for OSA [obstructive sleep apnea] include surgery and continuous positive airway pressure (CPAP). The successfully treated driver may be considered for certification following the recommended waiting period. You should not certify the driver with suspected or untreated sleep apnea until etiology is confirmed and treatment has been shown to be stable, safe, and adequate/effective.

NOTE: If more than one waiting period applies (because of multiple conditions or other comorbid diseases), examine the driver for certification after the completion of the longest waiting period.

Recommend to certify if:

Recommend not to certify if:

The driver who is being treated for sleep apnea should remain symptom free and agree to:

WHAT DOES THIS ALL MEAN?

Well summarizing, if you have a BMI above 35 or a neck above 17 inches for a male, or 16 inches for a female, the DOT registered Medical Examiner “has” to test you for Sleep Apnea.  The definitive test is a sleep study, which is essentially an overnight visit, that can’ be done on the spur of the moment, and if you are unlucky enough to “fail” only a month of successful treatment (best case scenario) will ensure your Medical Card is issued.

Even worse, Overdrive Magazine has reported that:

Drivers who walk in to a medical examiners office with any of the above will be told they need to be tested for sleep apnea, McDermand said, and he’s hearing frequently from drivers who say the examiners aren’t renewing med cards if they haven’t been tested.

So drivers need to be proactive.  If your BMI is above 35 (Calculate your BMI here) or your neck is over 17 inches (16 for woman), you should get a sleep study at least three months before your Medical re-certification is required.  Because if you test positive for sleep apnea you will have time to get treatment and prove the treatment was effective at the time of re-certification.

Unfortunately this is the new reality of regulation in truck driving.  CDL drivers need to be vigilant, both when they drive and when they negotiate the maze of regulations inherent to the industry.   Make sure you pass this information along to fellow drivers,  as a medical out of service can break most peoples finances.  They’ll be sure to thank you.

BUT DIDN’T CONGRESS PASS A LAW ON SLEEP APNEA?

Yes they did, forbidding any new guidance on sleep disorders, and requiring FMCSA to use the rule making process only.  But the net effect is not to stop this issue of BMI and neck size from interfering with your medical certification.

“Rulemaking will take at least two and possibly four years on a contentious topic like sleep apnea. In the meantime the “no rule – rule” of informal guidance to medical examiners will be in place. This informal guidance is that all drivers with a Body Mass Index (BMI) over 35 be required to get tested for sleep apnea. If positive for OSA, treatment with a Continuous Positive Airway Pressure (CPAP) machine would be required for DOT medical certification.” – http://aaacompliance.com/sleep-apnea-knowing-can-cost-cdl/

Since there is no FMCSA regulation regarding sleep apnea evaluation and the basic parameters are subject to interpretation, then be aware of the Medical Examiner’s position.

By being proactive, you get to manage this before it becomes an issue. – http://dotphysicaldoctor.com/dot-physical-and-sleep-apnea-testing-medical-examiners-caught-between-rock-and-hard-place/