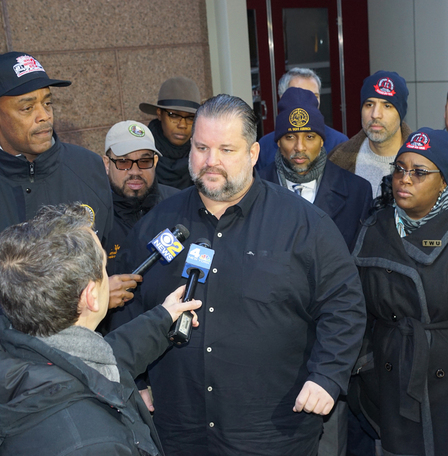 This was supposed to be the contract of NYCT Local 100 workers lives, but what happen?

Samuelsen helped the MTA set up the play for the next contract in 2019 by making workers settle for this current contract which was ratified this past February by the membership through lies and deceit.

With all these mishaps happening within NYCT regarding derailments, power outages, signal issues etc, what do you think is going to happen next contract?

The MTA is going to cry BROKE big time.

Samuelsen’s daddy Gov. Cuomo already started saying “the mta is in a state of emergency”.

Our next contract the MTA is only going to offer Zero’s.

Samuelsen failed to ensure that NYCT workers got the contract they deserved and his E Board failed to uphold him to that standard.

Samuelsen himself was pulling in 23k a month as International VP and that number is sure to rise after being appointed the International President.

Without a doubt NYCT workers deserved a better contract, but Samuelsen and his  elected E-Board fell short.