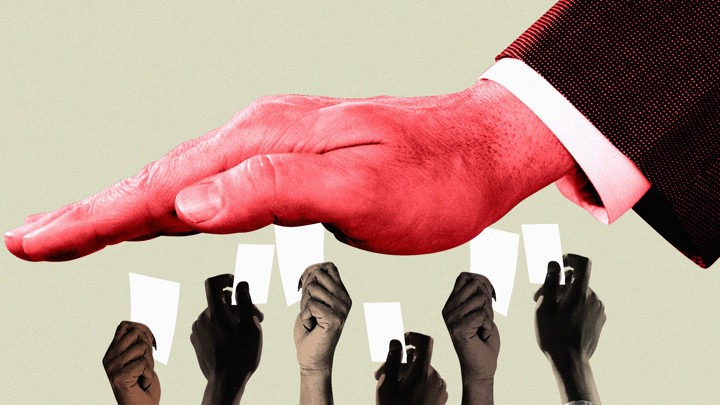 As you may know, we at Progressive Action challenged the conduct of the 2018 TWU Local 100 elections. We did this on the basis that many people did not receive a ballot, while also receiving campaign literature from the Stand United slate, who currently occupies many elected union offices including the presidency and thus controls the balloting procedures.

So, many people wondered if the union had their correct address, why would you receive campaign literature but not a ballot. The answer it turns out, is that the union DOES NOT have your address and was willing to pay for a forwarding service which pretty much ensures the mail will be delivered to where you currently live. However they were NOT willing to pay for such forwarding service to deliver the ballots and protect the democratic process in our union!

First of all, what really needs to be done with our elections is to be able to vote electronically, whether it be online, via phone, kiosk, or all 3. However when motions were passed in all departments last year to bring this up for a vote in the E-board, the Stand United-run E-board decided not to vote on it because it “violates the bylaws.” NO! It doesn’t “violate” the bylaws, it CHANGES the bylaws! That’s what’s called progress!
After speaking with the investigator from the US Department of Labor about this issue it was revealed that they could use the mail forwarding system for the ballots if they wished. In fact, for the special election for the 12th delegate position in the stations department being overseen by the US DOL, they are doing just that.
Unfortunately the DOL does not have the power to mandate this process to be used in elections that they don’t oversee. So in the coming months we MUST demand our E-board vote to allow this mail forwarding service to be used in all of our elections, including contract ratification votes, to ensure that as many members receive a ballot as possible. Just because the MTA has your address does not mean the union does; and just because you receive mail from the union doesn’t mean they have your updated address, as we learned from this entire fiasco. All it means is that the US Postal Service has your address on file and since they were paid by the union to forward their campaign literature, that’s the only reason you received it.

The current union administration does a very poor job of reaching out to members to find out your current address and I believe they do that purposely to suppress the vote. 2021 is just around the corner so now is the time to start putting pressure on your department’s E-board members.