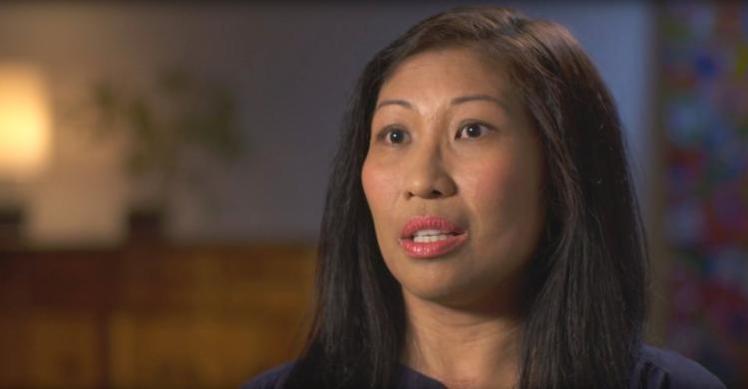 Her husband puts his life on the line every day to guard a city their family cannot afford to live in.

That’s the message of the Patrolman’s Benevolent Association new 7-figure TV ad campaign, which is set to air on Monday. The ad follows Jennifer, the wife of an NYPD officer and mother of three young girls, as she recounts the financial hardships her family faces as they try to survive on a city cop’s salary.

“We can’t afford to live in the city my husband protects,” Jennifer says as the camera pans over her face while somber piano music plays in the background.

he commercial is the PBA’s latest salvo aimed at the de Blasio administration over pay grievances. An arbitrator ruled in favor of the city last November, giving police a retroactive pay raise of just 1% for time worked between April 2010 and April 2012.

“On average, New York City cops make 34% less than other cops, both locally and nationally,” the ad said.

“Mayor de Blasio, I don’t think it’s fair. He protects this city 24/7 and he has a family he needs to support.”

The 30-second ad closes with a message appearing in white print over a black background: “Tell the Mayor: Police officers have families too. Pay them fairly.”

PBA boss Pat Lynch reiterated his charge that the pay increase is an “insult” in a statement announcing the ad.

“As you watch Jennifer speak passionately about how hard it is … you are seeing first-hand the struggle that is taking place inside the homes of all our New York City police officers as they try to support their families,” he wrote.

Lynch said the mayor’s calls to end income inequality haven’t extended to cops and their families.

“The Mayor can try to ignore our police officers, but to ignore their families would be an insult to every family in our city trying to get by. The Mayor can fix this problem, and he needs to fix it now.”