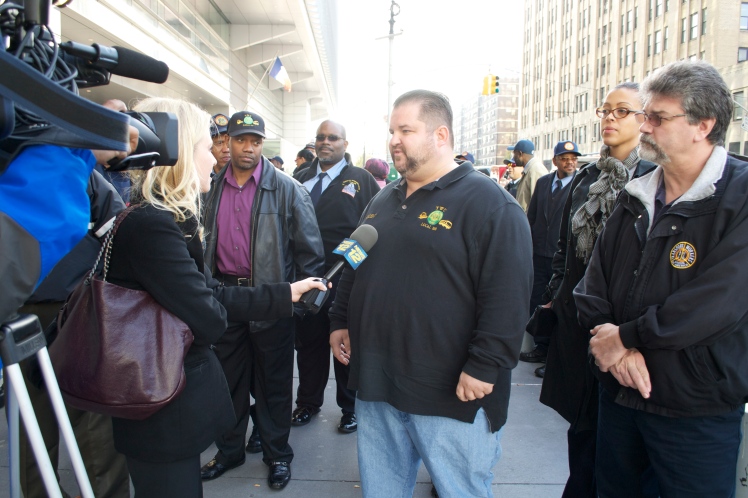 Who would have ever thought being medically restricted due to illness would get you layed off? That is exactly what is happening with conductors due to what the MTA call “no work available”.

Employees in RTO who are on a medical restriction are now being sent home because there are no “budgeted positions” available according to the MTA. An employee can get cleared by their personal doctor and MTA doctor and still find themselves out of work.

The ironic thing about this situation is the MTA makes new platform positions available everyday for conductors who are restricted due to an incident until investigations are done. Investigations sometime can take anywhere from a few days to over a year.

A grievance has been put in on behalf of the conductors by the union, but it was shut down by the MTA citing a contract agreement from 2009 that stated only 40 restricted duty positions will be available for pick.

WHY IS SAMUELSEN AT FAULT?

Samuelsen, winning his 3rd term last December has yet to address the issue to increase the number of restricted duty positions for conductors. It’s almost a no brainer, as the membership grows, so should the restricted duty jobs.

As a result, conductors who are restricted medically due to no fault of their own may end up on the unemployment line until restricted duty work becomes available to them. It almost makes employees not want to report their illnesses to MTA in fear of being layed off.

Do you think this is fair?

CHECK OUT OUR LATEST PROGRESSIVE ACTION SHOW WITH JONATHAN BEATRICE